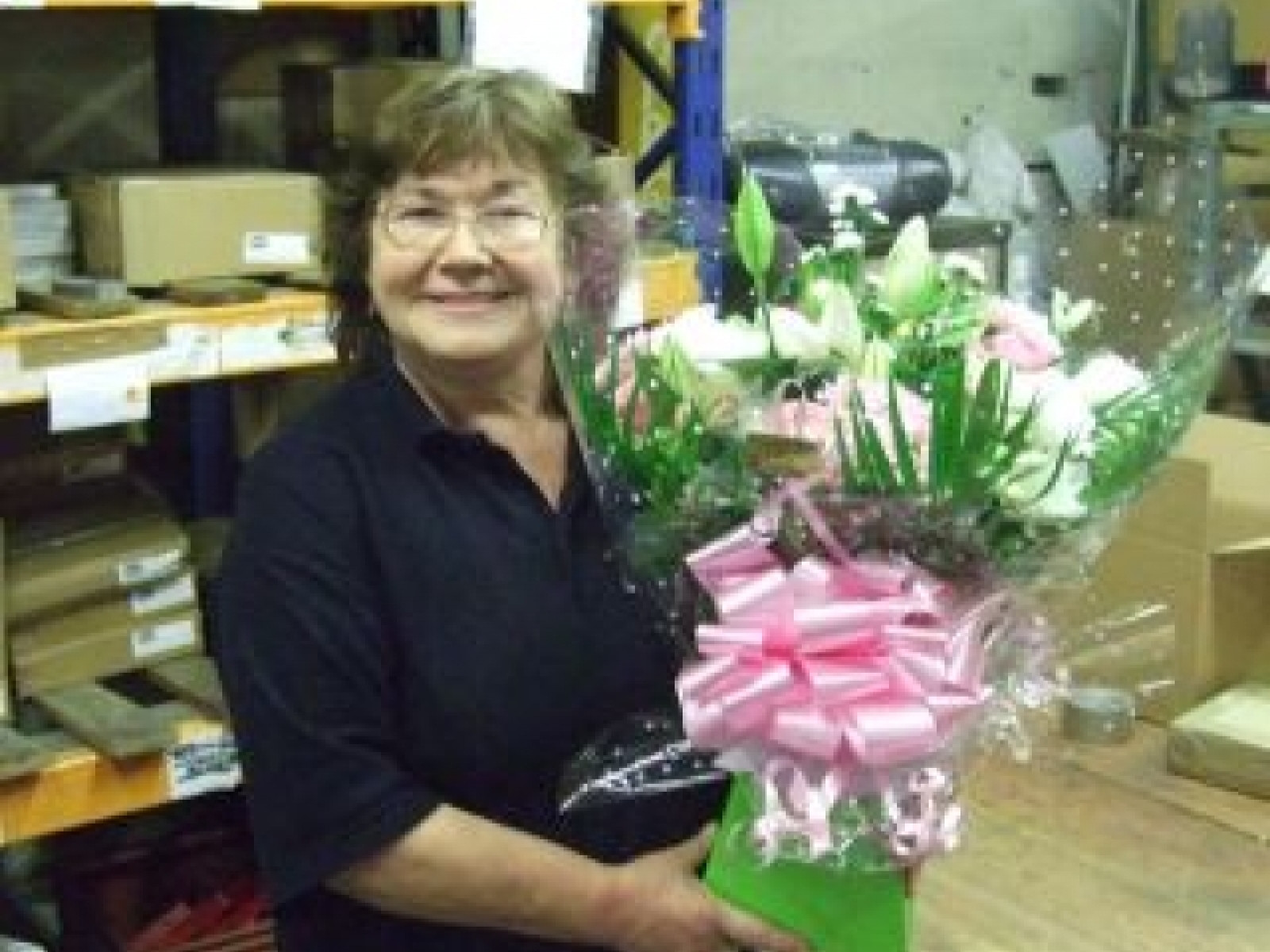 Yeoman Pressings have just celebrated with one of their employees, Brenda Dabbs, on reaching her 30 years service. Brenda started working with Yeomans on the 13thJuly 1982. She heard of the job through her daughter’s friend and decided to give it a go as she had taken redundancy from her previous job at the BSR in Old Hill and previous to that had managed shops.

She came to Yeomans as a press operator and hated it at first but gradually got used to it and after 10 years was moved to dispatch which she enjoyed much more. She was eventually made Team Leader and still works in that position today working 3 days a week. The factory would not be the same without Brenda she takes on everyone’s problems and concerns, she is very caring and is loved by all staff and employees.

Brenda’s husband is retired and they have two daughters and three grandchildren. They both help out with looking after their youngest grandchild Zac during the week. In her spare time Brenda enjoys making cakes and going on cruises. Brenda will be celebrating her 70thbirthday next year and we sincerely hope that Brenda carries on her good work within the Yeoman Pressings flock.